The Innocence of Mabel Cunderdin 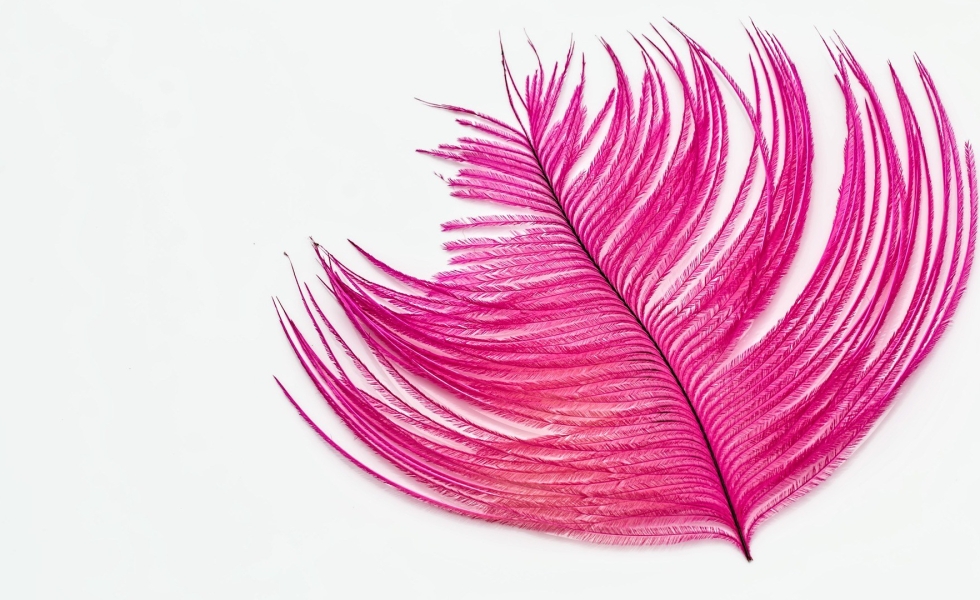 If you wanted to set your life on fire, there wasn’t a better combination than Mabel Cunderdin, and Edward Willard’s limitless credit card.

I tried to warn Edward. I gave him signs; a minor heart attack, a mild testicular cancer scare, a tiny near-drowning. Instead of convincing him to seek a better path, a more introspective, meditative, mindful practice, my pranks just drove Edward further into Mabel’s chaotic whirl.

She – a perplexing paradox framed in lurid pink feathers, but still a tornado of giggling innocence – was dancing Burlesque when he met her. He was instantly enchanted and followed her around the whole night, a lovesick puppy lapping at her heels. A more malevolent person would have taken advantage of Edward, would have spotted his infatuation and used it in their favour. Mabel had simply giggled and kissed his cheek.

Edward lavished her with expensive gifts. He flooded her tiny downtown apartment with long-stemmed red roses, and wined and dined her at upmarket restaurants where maître d’s scrunched their noses at her. He ignored the pointed stares, the stage whispers as they entered every eatery, the clear snubs from the city’s hoi polloi. She simply didn’t see any of it.

The kiss of Me was when Edward had the brilliant idea to hand over his Amex card and tell Mabel to knock herself out. Well, she didn’t just knock herself out, she damned near knocked me out too. She sure as shit knocked out the sales assistants at Nordstrom as they scrambled to fill her orders, and wrap and deliver everything she’d bought. I was almost rushed off my feet that day with more than my fair share of near-fatal exhaustion victims.

“This Christmas is sure going to be a merry one, hey? I might need to change my name to Mrs. Clause,” she chuckled as retail workers scampered hither and yon. “That’d make you all my elves!”

Mabel howled with laughter, flung a fresh mink coat over her shoulder and veritably trotted, trotted out the door towards Tiffany’s. How Edward’s Amex didn’t just melt like a Dali clock was beyond me. And that Edward didn’t self-combust was surely a sign of divine intervention. But he didn’t. In fact, he seemed tickled pink at her antics.

“You make me happy, Mabel,” he cooed.

She giggled in response.

“I think I love you, Mabel,” he whispered.

And she giggled and kissed him gently on the top of his head.

Christmas Eve rolled around and Edward’s not insubstantial fortune was a mere shadow of its former self. That’s when I intervened for the final time. If he wasn’t going to take my warnings seriously, there was nothing for it.

I bided my time, allowed him one last truly terrific day. He made the most of it, too. In a short 24 hours Edward packed in his favourite activities, friends, food and wine. Maybe he had a premonition of what was to come. Maybe he finally relaxed and learned to enjoy the wealth he’d spent his life hoarding. Either way, he was in the bath, a glass of really peety single malt in his hand when I came for him. Shame about the spilt scotch, but mine is an imperfect art.

I don’t normally attend funerals. They’re so morose – full of the bereaved and unresolved conflicts – but I made an exception for Edward Willard. I couldn’t get Mabel out of my head.

There was nothing much left of Edward’s fortune by the time all Mabel’s debts had been paid and his funeral was a dingy affair. Apart from the priest, his lawyer and the maid, mourners were thin on the ground. There was definitely no blush of pink, no innocent giggling, and no Mabel Cunderdin.

I still think about her, you know – wonder where she is, what she’s doing, who she’s latched herself onto. I don’t know how she managed it, but she simply disappeared off the face of the Earth without a sign. They did find all the loot she’d bought though. It had been lovingly distributed among 37 women’s refuges and children’s homes across the state.

Perhaps Mabel Cunderdin was not as guileless as she seemed.

This post is for YeahWrite’s #390 Fiction|Poetry grid. Click the badge to read other entries. Don’t forget to vote for your favourite and leave the writers some love in comments. 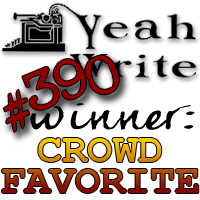 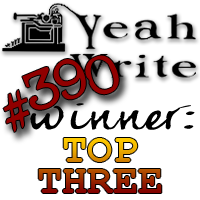 ← The Very Bad Thing and the Chasm-Exoskeleton
The Eulogy →

8 Comments on “The Innocence of Mabel Cunderdin”