Aliens adrift in a new world 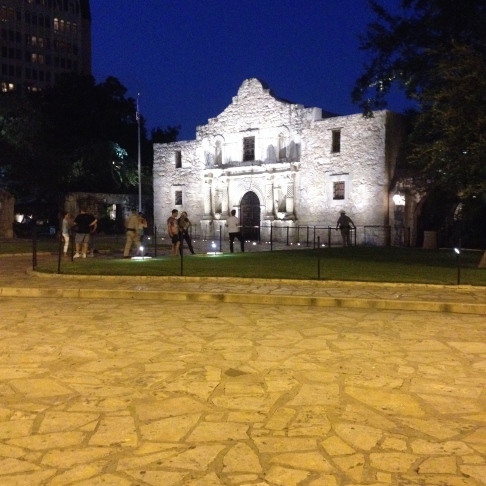 New sights, new sounds, new smells are now the building blocks of our lives. There has been the eye-opening, jaw-dropping dawning realisation that the birdsong of movies, the vernacular banter between characters, the verdant scenery is not, in fact, fictitious.

The time has alternately dragged heavily and sluggishly, or whizzed with head-spinning alacrity. It has lifted its leaden feet reluctantly, shuffling forward with enormous effort. It has been moored a world away, connected by the fraying threads of internet community, unwilling to metamorphose. Or it has scuttled and clattered, laughing and distracted, hurtling headlong, forgetting all ties. It has trampled and stampeded, never settling in one spot, rushing forward with no regard for those left behind.

And into the mess of all of that, came the heartbreaking, hair-tearing trials of a teenager displaced from family, friends and place in the world. Too long, I wore the withered look of a mother battling the constant will-he-won’t-he possibility of deep and lasting depression, that will raise its villainous tentacles in teenage-hood, and suction itself to his psyche for life.

Those days are behind us now, and still yet to come. As one teenager finds security and a tribe, the other faces the possibility of losing his. Such are the trials of having friends who are in perpetual motion. The friendships are deep and binding, but fleetingly impermanent.

There are moments of my own intense despair, a homesickness so visceral that a weeping retreat to the comfort of a Skype call in bed is all that’s possible. There are equally as many moments of intense joy, wonder, community and sense of place. This business of an expat life leaves us churning and yearning and tossing, from security to uncertainty, from minute to minute.

Our first foray into a life abroad is in the safest, most familiar place we could find, and yet we are constantly adrift, aliens in a new world. The already herculean endeavour of parenting becomes doubly complicated by distance from family, from lack of support systems, from lack of networks, and from sheer loneliness.

We are testament that it is possible to be isolated while in the midst of a crowd.

So many lessons have been learned in this time, so many hearts broken, mended and rebroken. Some friendships have waned, while new ones have been forged, in a constantly repeating loop of relationship birth, death and rebirth. There is no nirvana here, no cessation of the endless cycle. There is only this life, this moment, and the requirement to live it fully.

13 Comments on “Aliens adrift in a new world”