“Can I take a photo of him?” the woman asks.

We have passed each other on the walking path around the lake. We pass each other most days. She does several laps of the lake, often spending hours at a time there with her husband — a big man, retired now, always in shorts and a neatly ironed, button-down shirt — who walks more slowly than she does. They walk separately, but together — she, lapping him and changing direction, he stopping to chat cheerily with every person he encounters. They come to the lake in separate cars, he explains — She gets up before me, you see. But sometimes… sometimes I’m up earlier and beat her to it. Don’t tell her I said that! He likes to speak conspiratorially with everyone, as if he’s keeping State secrets from his wife, as if she’s policing his interactions, as if she’s his jailer… or his mother.

They like to chat and often stop Rani and me. Despite Rani’s determined trot and my obvious earbuds, screwed firmly in. They like to admire her. He tells me lengthy stories about their dog, and how it died, and how that grief has never really left them. He wants me to know that he loved that dog so very much and can’t imagine going through that grief with another dog. He tells me that his wife is the one pushing for a new dog — a little one — that she’d love a dog like Rani. She has neither confirmed nor denied this.

“Yes, of course. Let me call her over,” I say, emphasising the her. Rani’s a dog. One that’s been spayed. She doesn’t care what you gender her. Neither do I, but it’s a good lesson in listening and being respectful of other people and the pronouns they use.

“Oh, she,” she corrects embarrassedly. I smile. The pink collar I put on Rani, the kind of social colour cue people look for on dogs and babies, seems to have made no impression.

Rani trots dutifully over to us, and poses as the woman takes several photos with her phone. Rani knows there’s a treat at the end of this encounter and she stares fixedly at the treat bag in my hands. 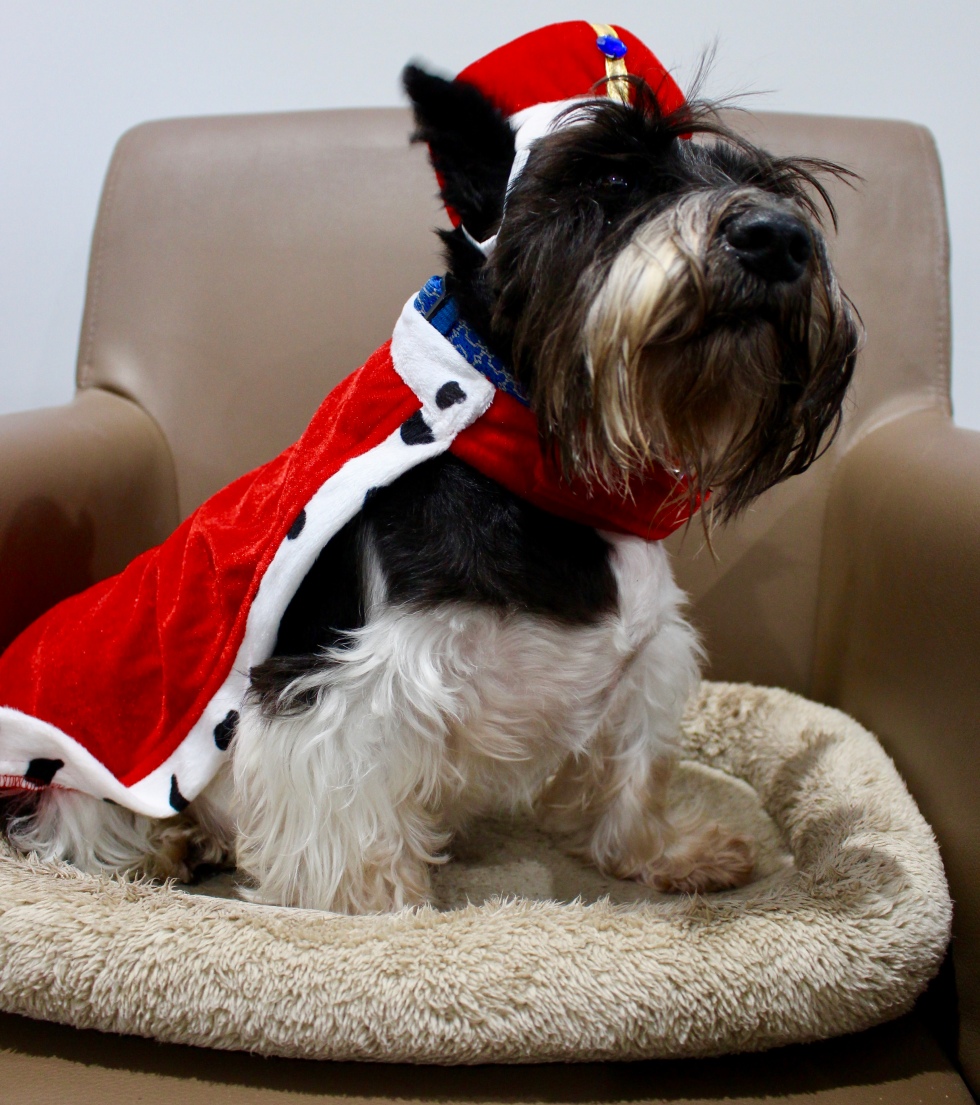 “She’s a beautiful girl,” the woman says. She’s determined not to misgender the dog now.

“She is,” I confirm a little too loudly. I haven’t taken the earbuds out of my ears. “And an absolute joy.”

We smile awkwardly at each other. Our reason for interacting has wandered off to roll in duck poo and we’re left with nothing to say.

We mumble niceties and launch ourselves in different directions on the path — she, searching obviously and theatrically for her husband, me, calling loudly for Rani to follow. I still haven’t taken the earbuds out.

This post was written for the YeahWrite #403 NonFiction grid. Click the badge and follow the link to read other entries. Don’t forget to vote for your favourites!

← The Pea-Green Suit
The queen’s entourage →

18 Comments on “Gendering the Queen”