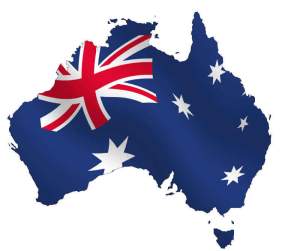 The 26th of January is both Indian Independence Day and Australia Day.  As someone of Indian descent, and Australian nationality, I face no conflict there.  There is no tugging at my conscience to choose one country over the other, there is no struggle in embracing both celebrations equally.  Both celebrations are about nationhood, the forging of a cultural identity, and those are such an essentially important concepts to me.  So where does the conflict lie?

On the 26th of January, 1788 the first fleet of British colonists arrived in Botany Bay, and claimed the entire eastern seaboard as part of the British Empire in the name of King George III.  They didn’t sail in, politely ask if anyone would mind if they pitched a tent over near the beach where nobody was currently staying, and put on a kettle for tea.  They arrived, like colonists in so many other nations, with a sense of self-righteousness, an armoury of comparatively sophisticated weapons, and bloodthirsty arrogance running through their veins.  They massacred and imprisoned indigenous populations all over Australia and instituted progressive policies that would lead to an attempt at the eradication of indigenous people.  It set in motion unstated policies to civilise, Christianise, and missionise, to assimilate Aboriginal people into the dominant Western culture, to eradicate languages, cultural practices, and ultimately people.  The Aborigines Act, 1905 in Western Australia, removed children from their parents and indentured them into domestic labour or farm work.  There were equally vile Acts all over Australia, hoping to “breed out” any aboriginality and to “smooth the pillow of a dying race”.  For Aboriginal and Torres Strait Islander people, it’s day filled with enormous sadness and anger.

For most other Australians, it’s a day of nationhood and patriotism, which means going to the beach with a cooler full of drinks, or having a bbq with friends, singing (mostly pop) songs all about what it means to be quintessentially Australian, and ending with a rousing drunken rendition of whatever you can remember of the national anthem (because who ever remembers the second verse… apart from me?).  For some it’s the day they take the oath of citizenship, for many it’s an occasion to gather with family and friends, an opportunity to meet neighbours, a chance to slap on some sunscreen and a floppy hat and play a little backyard or beach cricket where Uncle Jim inevitably strains his back trying to look like Don Bradman in front of all the nephews and nieces.

I have had the great good fortune to forge friendships, attend ceremonies, hear languages, learn stories, and protest injustices alongside many Aboriginal and Torres Strait Islander people.  So the celebration of Australia Day on such a contentious date always fills me with complex emotions.  Particularly so, now that I live in another country.  I have enormous pride in my home country.  I have a depth of love for it that I can’t easily describe.  But I also have great sadness and shame over its dark, unacknowledged history and its continuing ill-treatment of indigenous people.

I long for the day that Australia sensibly debates this issue and changes the date.  It’s not so hard to pick a day that includes all Australians.  How about January 1st  since on January 1st 1901 Australia underwent Federation and became a nation?  Or perhaps the 27th of May, since in 1967 Australians empowered the federal government to act on behalf of Aboriginal people?  We’ve had a Prime Minister apologise in Parliament to our indigenous population, so perhaps this isn’t so far fetched…