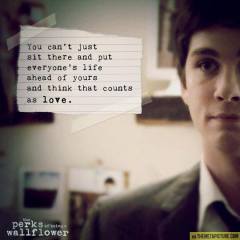 So, today in the newsfeed on one of the many social media sites I traverse was a meme that went something like “being a full time mother is the highest paid job in the world, because the payment is pure love”. It was posted for International Women’s Day (Saturday March 8th in case you’re wondering). The posted meme bugged me on a number of levels, but before I get into that, let me tell you a little about me.

I’m a mother of two boys. One’s a teenager, and one very nearly is. Oh yes, my life is filled with the joys of a testosterone laden house, hormones running rampant, and hulking boy-men fluctuating between angry, stinking godzillas, and the sweetest, neatest loving babies. And all of this happens with the amazing support and assistance of my lovely husband, on the other side of the world from my family and network of close friends. It can be tough sometimes, but we muddle through with good intentions, love and a sense of humour.

Back to the meme. So why would something that appears to be so innocent, and obvious bother me so much? Partly because it’s the rationale used by any number of governments in any number of countries to justify poor family assistance schemes, low wages for women, poor work flexibility (for both men and women), and poor access to good health care for families. In addition to all of that, it also completely ignores the role of the father. There’s a not-so-subtle implication that being a full-time mother is part of the martyrdom that women must buy into the second they conceive. There’s also an implication that being a full time father includes full time paid work. There’s no mention of fathers being satisfied with no other reward than pure love for being a full time father. And let’s remember, it says “full time mother”, not stay-at-home mother. So tell me, mothers out there, which of you is NOT a full time mother? Which of you, working full-time, working part-time, staying at home with your kids, is not switched on, ready to go at a moment’s notice 24hours a day, 7 days a week, 52 weeks a year, for the entirety of your children’s lives? Which of you does not think of your kids in some way, even when you’re alone on holidays? Which of you has not found yourself at a conference in a foreign city, looking at souvenirs and thinking that your child would really love that? So, I guess then, that the meme is actually talking about stay-at-home mothers.

Well, I’ve had some experience with that. I was a stay-at-home mother when my kids were born and when they were little. I went back to work part-time after they’d been in school a few years (all within school hours, of course), and I’m a stay-at-home mother again now. I’ve lived in two of the paddocks in question and I’ve got some ideas about both. I don’t know how it is for every woman, but all the women I know, with whom I’ve had lengthy discussions about this, confirm that no matter which path you choose, there is overwhelming guilt. Those who have chosen to go back to work, full or part time, suffer the terrible guilt of not being there for their kids. Yes they’re being paid, but usually the money is only enough to pay for child care, school fees, out-of-school care and the like. Those women who have made the decision not to pursue careers, and who have partners that are willing and able to support the family financially, generally feel terrible guilt about the money. There is a horrid helplessness that can overcome us, that feeling that we’re not contributing, that sense of powerlessness, or being dependent on your partner. However wonderful your partner is (and mine is rather wonderful), it’s an internal dialogue on endless loop, and it wears you down.

This is where I say something that will undoubtedly raise ire and appear controversial. Pure love does not compensate you for that, or for the lack of career opportunities, the lack of opportunities to have adult conversations about work-related matters (this is particularly mourned when the kids are very young and all conversations seem to orbit around nappies and feeding), the ability to be identified as a person outside of being a parent. The pure love of your children is exquisite and irreplaceable, but not sufficient to fulfil you as a rounded human being.

I know a few stay-at-home-dads (note there isn’t the same acronym for them as the overused SAHM, and even if there was, SAHD sounds kinda … well… sad). It’s awkward. Men look at them with pity in social situations, or don’t know what to talk to them about. Women look at them with suspicion, and sometimes with anger – everybody knows that the stay-at-home-parenting role is the sole domain of women, how dare a man encroach on that?! The stay-at-home dads I know, are doing an awesome job. They worry about the same things I do, they get involved with the school in the same way I do, they run backwards and forwards like fools when their kids forget something at home on a school day, they look for company that gets them, they look for conversations that fulfil them, they look for activities while their kids are at school that stop them feeling like they’re losing themselves. Just like all the stay-at-home mothers I know. Funny how that works. Guess what? Parenting isn’t the sole domain of women. And stay-at-home parenting can be equally tormenting for both men and women, we are both equally caught between being immensely proud of being there for our kids, providing what they need, and feeling worthless, unvalidated, and a burden on our partners. Shocking, I know. Imagine that. Men and women feel the same way.

So, rather than the twee platitude of pure love being more than enough, how about the alternative meme above? How about remembering, as stay-at-home parents, that love isn’t expressed by giving up everything that you are. In fact, that’s the opposite of love. It makes you resentful, unhappy, and boring. And THAT makes you a bad parent and partner. Be kind to yourself, do things that fulfil you, and be kind to the other parents who are doing it just as tough as you in different ways.