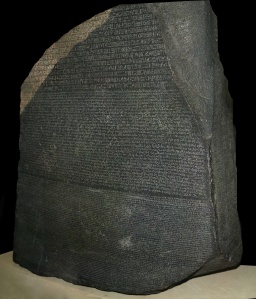 When I was a child I lived in a multilingual house in Brunei. The siblings were overseas and far away at boarding school, and my mother was determined not to make the same linguistic mistakes with me. My parents spoke to me only in Malayalam, and the lady who helped with the housework spoke only in Malay. I was ensconced in a happy world where I was cradled by two loving tongues.

Into this world the siblings would plummet, tumbling and babbling, once a year, shovelling food like they’d been starved and talking all over the top of each other. I would stare, wide-eyed and awestruck, and utterly bewildered. Their very proper British-accented-Indian-boarding-school English was beyond anything decipherable in my coded world.

Then came a move to India. My mother, the siblings, and I nestled ourselves amongst the twigs of another language we didn’t know. Two-year-old-me put on the coat of Kannada and went undercover. I embodied Mavis Batey, running errands between my mother and the neighbours, the only one who seemed to have acquired enough of all the languages to hopscotch between them.

A year of this tongue tango, and my mother and I returned to Brunei. And then I started school.

I donned my white fishnet stockings and my shiny patent-leather black shoes, my hair was neatly combed and tied, a hand was clasped, and I went excitedly to meet new friends and Our laughing Father in the Admission class at St. James School. I was on my first mission; to learn English. The secret language of the sibling-code would be cracked.

My initial training was interrupted as, with my neatly packed valise of Malayalam, Malay, Kannada and an English so heavily accented that it was barely identifiable, I arrived in Australia in the 1970s. This largely mono-cultural, and mono-linguistic nation reeled in surprise, or was it shock, at the confrontation with a feisty Indian girl with many forks in her tongue.

I chameleoned myself into a broad accent, and blended as much as a brown-skinned, black haired girl can in a white-skinned, blonde-brown-haired world. I was the Ferrero Rocher in a box full of Raffaellos. My skin may betray me, but my voice never would, as I clipped words short, stretched vowels into diphthongs, and nasalised anything that moved.

I spent my childhood acquiring languages like other kids acquire marbles. A bumble-bee here, a tombola there, new and increasingly patterned languages were carefully catalogued into my collection. Sometimes whole, sometimes portioned, they gathered in a babbling parade of nations in my head.

In an attempt to understand more of myself, I studied linguistics. I thought the mechanical operations of languages, the nuts and bolts, would give me greater insight. Like all good mechanics, I was careful with my tools, and always keen to practice my trade, acquiring yet more shiny new languages to add to my clutch. New retroflexes and fricatives appeared at my bidding as I lolled my tongue around the delicious new sounds fizzing in my mouth.

If language is the key to culture, my key-ring was overstuffed.

When my children were born, the realities of passing on that language love, that voyeuristic desire to peek into the cracks in cultural walls, came to the fore. They inconveniently formulated their own ideas of identity and passion.

So my evangelistic fervour has waned. Instead I warble my delight that they’re exposed to a multitude of tongues and they’re learning a few along the way.

I feel very honoured to have received an editor’s pick for this post.